Let’s not play with flight safety! 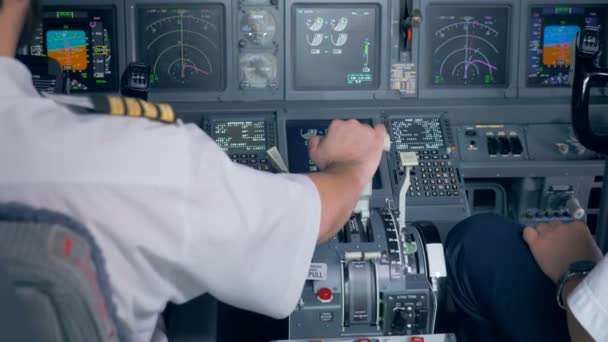 Roissy-CDG, January 27, 2021 – SNPL France ALPA, one of whom’s main missions is to maintain and to increase air transport safety, is opposed to the implementation of Single-pilot Operations as suggested by the Executive Director of the European Aviation Safety Agency (EASA).

In an interview on 20 January 2021, Patrick Ky, EASA Executive Director, told FlightGlobal that, regarding Single-pilot Operations (flight with only one pilot flying), he believes « this could be implemented quite soon, typically for phases of the flight when you don’t necessarily need two pilots in the cockpit ». These words challenge us as much by the discrepancy they reveal between the field reality and the European decision-making spheres, as well as the technological beliefs they peddle.

Certainly, flight safety is a very complex subject, where each evolution can call into question the previous one. However, should we move forward at the risk of skipping steps and forgetting essentials, or should we prefer a policy of small steps? History shows that this latter approach is more effective and has always ensured the sector’s exemplary record in flight safety over the last few decades.

EASA wants a paradigm shift? Why not? But that will require these new directions to be based on studies demonstrating their relevance. We do not see any. On the contrary, FAA and NASA emphasize that Single-pilot Operations pose unacceptable risks in emergency situations.

EASA must not forget the main reason for its existence which is to ensure and to improve the level of aviation safety.

As pilots, we are the primary bulwark to keep passengers safe. Our shared interest only supports one statistic: 100% safety. This purpose is anchored in our professional DNA. We work on it on a daily basis.

When Mr. Ky explains that, when the aircraft is cruising, the presence of a single pilot is sufficient to ensure the flight management, he forgets a crucial and yet obvious parameter: the problems with serious consequences that occur, are those that have not been anticipated! Indeed, pilots daily face completely unexpected events that are not listed by aircraft manufacturers nor decision-makers. It is therefore imperative to always have several pilots on board being able to deal with unpredictable circumstances.

As an example, on April 20, 2018, one of the two engines of a Southwest B737 exploded while the aircraft was cruising. Until then, nothing should have been serious according to EASA certification requirements: this failure, being considered, should have been contained and should not have damaged the aircraft’s structure. However, what EASA did not foresee, and yet it happened, is that part of the engine drilled the aircraft fuselage and created a depressurization. The two pilots had to deal with multiple unrecorded failures and only their expertise, joint analysis and joint decision-making of the situation allowed them to save the passengers.

We have inherited rules, undoubtedly perfectible, but whose effectiveness has been proven. Until recently, we have avoided absurd directives, probably because the financial pressure weighed on industrial firms was less strong.

The accident of the Germanwings flight, back in 2015 (caused by the suicide of the pilot) which is mentioned by the director of EASA, left its mark. It also changed the policy within this organization. EASA has moved away from the small steps policy to impose, too prematurely, inappropriate responses when the investigation regarding the accident was just beginning.

Some may regret the relatively cautious evolution of the system, but it is thanks to these small steps, on a daily basis, that pilots can guarantee the greatest possible level of safety for all passengers. Changing the paradigm in an exemplary system is, at best, schizophrenic, at worst, purely venal.

Passenger safety is priceless in the eyes of pilots. The SNPL France ALPA will accompany technological developments that will improve flight safety, but our organization will systematically refuse any risk mitigation based on simple economic reasons.

You can also read the similar position on SPO of The International Federation of Air Line Pilots’ Associations (IFALPA) available by following this link.