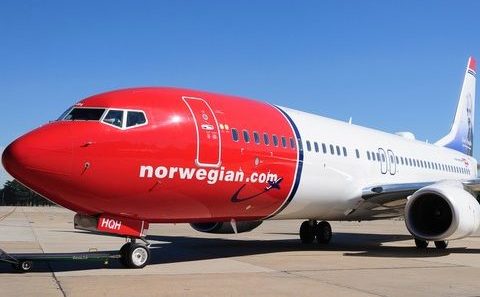 Roissy CDG, April 29, 2021 – While the closure of the Roissy-Charles de Gaulle base by the airline Norwegian France and the dismissal of all French employees were announced last January, the SNPL France ALPA continues to note, and to deplore, that all French social regulations are flouted by the management of the company, whether in Ireland or in Norway!

Norwegian’s management simply preferred to disappear after having said that they were closing the company in France, leaving all the employees without any answer as to the future, while not respecting the rules of French labour law regarding redundancies. KPMG, the ‘liquidator’ appointed in Ireland, is following the same path, bypassing or “short-cutting” all French procedures.

Staff representatives, including SNPL representatives, have to fight relentlessly to try to enforce the most basic rules of labour law, starting with information and consultation of the CSE.

Even more seriously, for the daily life of the employees, salaries have not been paid for 2 months, while, let’s remember, Norwegian has benefited from the French partial activity scheme, and therefore from public money, from March 2020 to March 2021… with 100% of the workforce placed on partial activity!

Today, faced with the silence of the management and the deafness of KPMG, we understand that Norwegian’s intention is to shamelessly get rid not only of its French employees but also of its social debts (salaries, arrears, redundancy payments as provided for by the company agreement, etc.), doing everything to put the situation in the hands of the AGS (Association for the management of the employee debt guarantee scheme), with the national solidarity being able to pay again in its place!

Even the referral to the AGS seems to be made casually by KPMG, which does not answer the questions necessary to process the case, thus preventing the AGS from unblocking the situation.

The SNPL France ALPA is bitterly disappointed that, once again, a foreign company is using all possible stratagems to avoid respecting French social law, and considers its employees as a mere administrative nuisance.

286 employees (136 cabin crew, 145 cabin crew and 5 administrative employees as of 31 December 2019), will not only lose their jobs, but will have to fight hard to have their basic rights respected. The SNPL France ALPA will put its tenacity at their service both at national and European level, so that social dumping is no longer a business model for the least socially responsible companies.